In this Episode 127 Drugs that Work and Drugs that Don’t Part 2 – Antiemetics, Angioedema and Oxygen, with Justin Morgenstern and Joel Lexchin we discuss the evidence for various antiemetics like metoclopramide, prochlorperazine, promethazine, droperidol, ondansetron, inhaled isopropyl alcohol and haloperidol as well as why should not use an antiemetic routinely with morphine in the ED. We then discuss the evidence for various drugs options for a potpourri of true emergencies like angioedema and hyperkalemia, and wrap it up with a discussion on oxygen therapy…

Antiemetics: Are they all equally effective?

If an antiemetic is used, choice of drug should be dictated by patient preference, side effects and cost. Sedation is common to all of these antiemetics except ondansetron. Don’t forget that all the antipsychotic antiemetics (prochlorperazine, promethazine, droperidol, haloperidol) can worsen Parkinsonian symptoms through their dopaminergic effects and so should be avoided in patients with Parkinson’s disease.

Is inhaled isopropyl alcohol the first line antiemetic of choice?

IV haloperidol as antiemetic for gastroparesis and cyclical vomiting syndrome

Haloperidol 5mg IV has been shown to decrease both pain scores and nausea when compared to placebo in gastroparesis [5]. Remarkably, patients in the  haloperidol arm had a 27% admission rate compared to 72% in the placebo arm. Haloperidol has also been shown in case reports of patients with cannabis hyperemesis syndrome to be effective in doses ranging from 2.5mg-5mg [6].

Take home: In general, none of the traditional antiemetics (metoclopramide, prochlorperazine, promethazine, droperidol, ondansetron) are better than placebo at improving nausea scores in the first 30 minutes, while isopropyl alcohol may be better than both placebo and traditional antiemetics, with no reported side effects and very rapid administration, while saving nursing resource time. Consider IV haloperidol 2.5-5mg in patients with gastroparesis/cyclical vomiting syndrome/cannabis hyperemesis syndrome.

Routine use of antiemetic with morphine is unnecessary

Two RCT comparing metoclopramide 10g vs placebo in patients requiring morphine for acute pain in the ED showed no statistical difference incidence of nausea and vomiting, which was only 2.7-6.5% with about twice the incidence of side effects [7,8]. The nausea and vomiting associated with patients who receive morphine may have more to do with their pain rather than morphine itself. Our experts recommend treating the pain with morphine alone first, and then once pain is adequately controlled, if patients complain of nausea, only then should antiemetics should be considered. Avoid the sedating antiemetics as the combined effects of morphine plus the sedating antiemetics may lead to oversedation and/or prolonged sedation. If an antiemetic is required despite adequate pain control, ondansetron or isopropyl alcohol inhalation is preferred because of their non-sedating profile.

Take home: Antiemetics should not routinely be co-administered with morphine prophylactically for nausea. Treat the pain first and then assess for ongoing nausea. If persistent despite adequate pain control, consider a non-sedating antiemetic.

What is the preferred antiemetic for nausea and vomiting associated with vertigo?

For patients with benign positional vertigo antiemetics are not required. Instead perform the Epley or Semont maneuvers which are equally effective in resolving symptoms acutely (NNT = 2-3) according to a Cochrane review of 11 studies [9].

Antihistamines are the preferred antiemetic for persistent acute vertigo associated with nausea based on limited evidence. Two RCTs, one comparing lorazepam versus dimenhydrinate (Gravol) showed that symptoms improvement and ability to ambulate at 2 hrs were superior for dimenhydrinate [10], and another comparing betahistine (Serc) to promethazine [11] showed improved nausea scores and clinical symptoms in the betahistine arm.

For chronic vertigo, a Cochrane review of betahistine (Serc) showed a reduction in symptoms at 3 months compared to placebo [12]. Although this review did not show any significant adverse events, beware of the anticholinergic side effects and start with the lowest dose (dimenhydrinate 25mg q4h, betahistine 8mg tid).

Is there any role for icatibant, C1 esterase inhibitors or FFP for angioedema?

While there are several very small industry sponsored trials showing improved time to resolution of symptoms with icatabant vs placebo the largest multicenter, multinational RTC of 121 patients with upper airway ACE-I induced angioedema comparing icatibant vs placebo [13] showed no difference in time to meeting discharge criteria or in time to onset of symptom relief. The main adverse effects of icatibant are reactions at the injection site, which occur in almost all patients due to the large volume of solution required.  The cost of icatabant is $9600 USD per injection.

C1 esterase inhibitors (berinert, cinryze, haegarda) have been shown to be effective in reducing the time to symptom resolution in hereditary angioedema when given early by 1-3 hours [14,15,16]. These medications are not available at most community hospitals in Canada and usually have to be transported to the ED, which precludes the advantages of early administration, and decisions about securing the airway usually need to be made early in the presentation. However, acute angioedema is typically a self-limited event. More importantly, these medications have never been shown to prevent airway obstruction, the need for endotracheal intubation or mortality which are arguably the only outcomes of interest in the ED. The cost of a single dose of C1 esterase inhibitor is $3000-$5000 USD.

There are no trials on the efficacy of FFP in angioedema and it’s off-label use for this indication is based on a few case reports. FFP takes time to thaw, has a significant adverse event profile and has no evidence for benefit. Our experts do not recommend the use of FFP in ED patients with angioedema.

Take home: There is little role for icatibant, C1 esterase inhibitors or FFP in the emergency management of angioedema since they have never been shown to decrease the rate of airway obstruction, need for endotracheal intubation, or mortality and they often need to be transported from outside the ED and/or take time to thaw, long after the need to secure the airway. C1 esterase inhibitors may shorten the duration of symptoms, but their cost may be prohibitive and all of the trials were industry sponsored.

There is no role for Kayexalate in ED patients with hyperkalemia

A 2005 Cochrane review did not show any evidence that Kayexalate improves potassium levels [17]. There are multiple case reports of Kayexalate causing GI necrosis and perforation which led the FDA to issue a warning in 2011 cautioning against the use of Kayexalate [18, 19]. Our experts conclude that there is no role for kayexalate in the ED.

A metaanalysis of 8 RCTs (8000 patients) with suspected MI showed that oxygen therapy did not reduce the risk of in-hospital or 30-day mortality [20].

A metaanalysis of 13 RCTs (17000 patients) with COPD or vented ICU patients showed that normoxia was associated with a lower mortality than hyperoxia (2% vs. 9%) [21].

A systematic review of 37 studies with traumatic brain injury, stroke and sepsis showed that in all but one study, hyperoxia was associated with a higher mortality rate [22].

A systematic review and metaanalysis in Annals of Emergency Medicine in 2019 showed that hyperoxia was associated with an increased risk of in hospital mortality and 30-day mortality. The mean number needed to harm resulting in one death with hyperoxic therapy was 71 (NNH = 71) [23].

Take home: Hyperoxia has been shown in MI, stroke, sepsis, ventilated ICU patients and traumatic brain injury to be harmful and may increase mortality. The majority of critically ill patients in the ED with oxygen saturations >90-92% should not receive supplemental oxygen. There are some important exceptions such as carbon monoxide poisoning.

Drs. Helman, Morgenstern and Lexchin have no conflicts of interest to declare 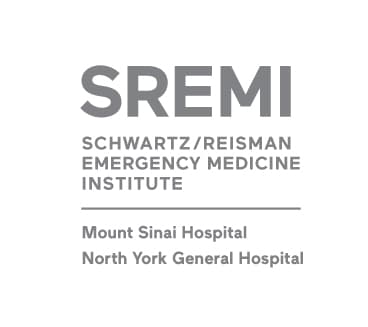